What's not to love about older buildings? They have so much character, so much history and they are also highly affordable compared to new buildings. However, they also come with a host of vintage problems! The occasional howling windows, back in the day appliances and the less desired toilet backups are just a few. Plumbing problems in old apartment buildings can be common due to the cumulative effects of heavy use over many years.

If you're a renter who loves an older feel, you can avoid the hassle of messy drain backups by taking these steps.

Watch what goes down your drains

Ever heard of the saying, prevention is better than a blocked drain? Blocked drains are a big nuisance; they flood your bathroom and kitchen floors, they bring an awful smell in your apartment, not to mention the long wait of having your landlord call in a plumber to free your faucets. Also, blocked drains can cause leaks due to the pressure caused by your plumbing.

You can avoid these issues by watching what you put in your drains. Avoid flushing anything other than toilet paper and sewage down your toilet. To avoid blocked bathroom drains, install drain covers/drain screens to catch soap and hair before they enter the pipes. Also, make a habit of using a drain snake to pull out any dirt that collects in your drains.

To avoid blocked kitchen drains, make sure you scrape off all food from your plates before washing them. Also, wipe off grease from pans and plates with paper towels before putting them in the sink.

Keep away from drain cleaning chemicals

Avoid using chemicals cleaners and rather opt for manual removal of debris that could be causing blocked drains. Also, develop a habit of pouring boiling water down your drains to melt away grease and other deposits that cause blocked drains over time. An occasional mixture of vinegar and baking soda also works well in clearing stubborn clogs in your drains.

Smelly backup drains can make your everyday routine very difficult despite your best efforts to keep your drains free and flowing. Hiring a drain cleaning service, such as P1 Plumbing & Electrical, to shake things up now and then will prevent the occasional messy drain backups. 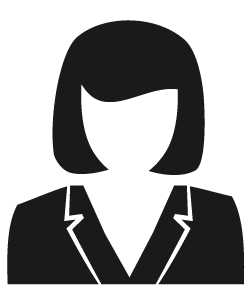 Hello! If you have decided to renovate your home, you are probably looking for advice on how best proceed with planning and executing the working. Depending on the size and scope of your renovation plans, you may need to call on a wide range of different types of contractors in order to get the job done. You will also want to make sure that you get the job done for the possible price. This blog contains everything you need to know about working with contractors on a major renovation project. I hope it proves useful to you. I learnt all about home renovation when I hired a team of contractors to completely redesign and rebuild my home. They did a great job.